This prestigious award was presented by the National Association of Trial Lawyer Executives to NJAJ Executive Director Cornelius J. Larkin on Saturday, July 23, 2016 at the NATLE Convention, which took place in conjunction with the American Association for Justice National Convention in Los Angeles. 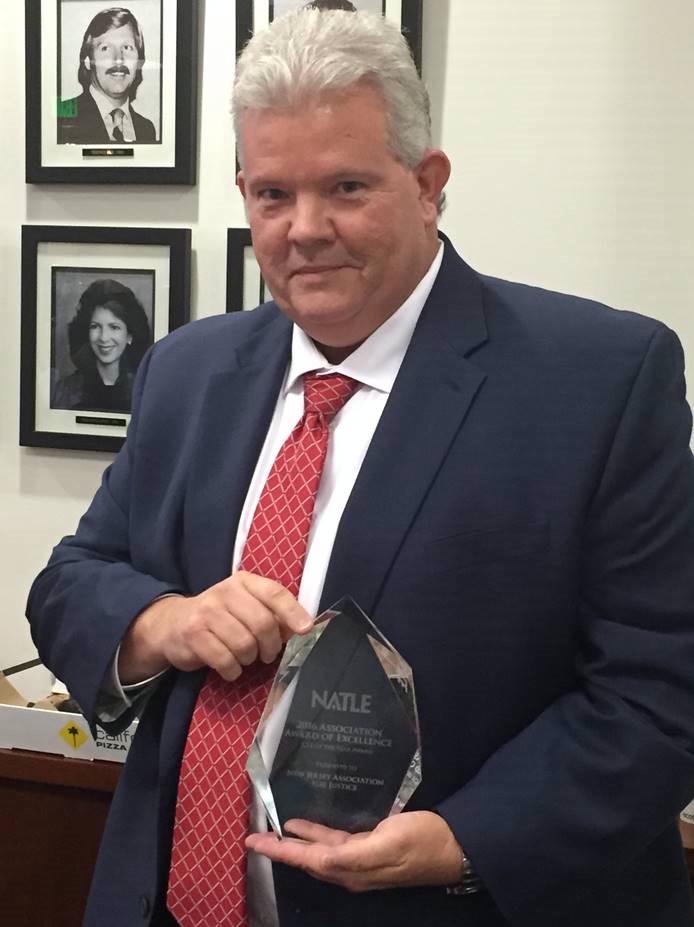 "We often say that the Boardwalk Seminar is one of the best CLE events in the United States and this award shows that many others around the country recognize that as well," said NJAJ President Michael G. Donahue, III, Esq.

"This national recognition is a tribute to the hard work and dedication that Corny and the headquarters staff put in every day on our behalf," he said.

"We are lucky to have them working for us and this award is the evidence of just how talented they are," Donahue said.

"We should all be tremendously grateful and proud that Corny's peers around the country recognize him and his staff for their truly wonderful contributions to our organization. We can never thank them enough," Donahue said. 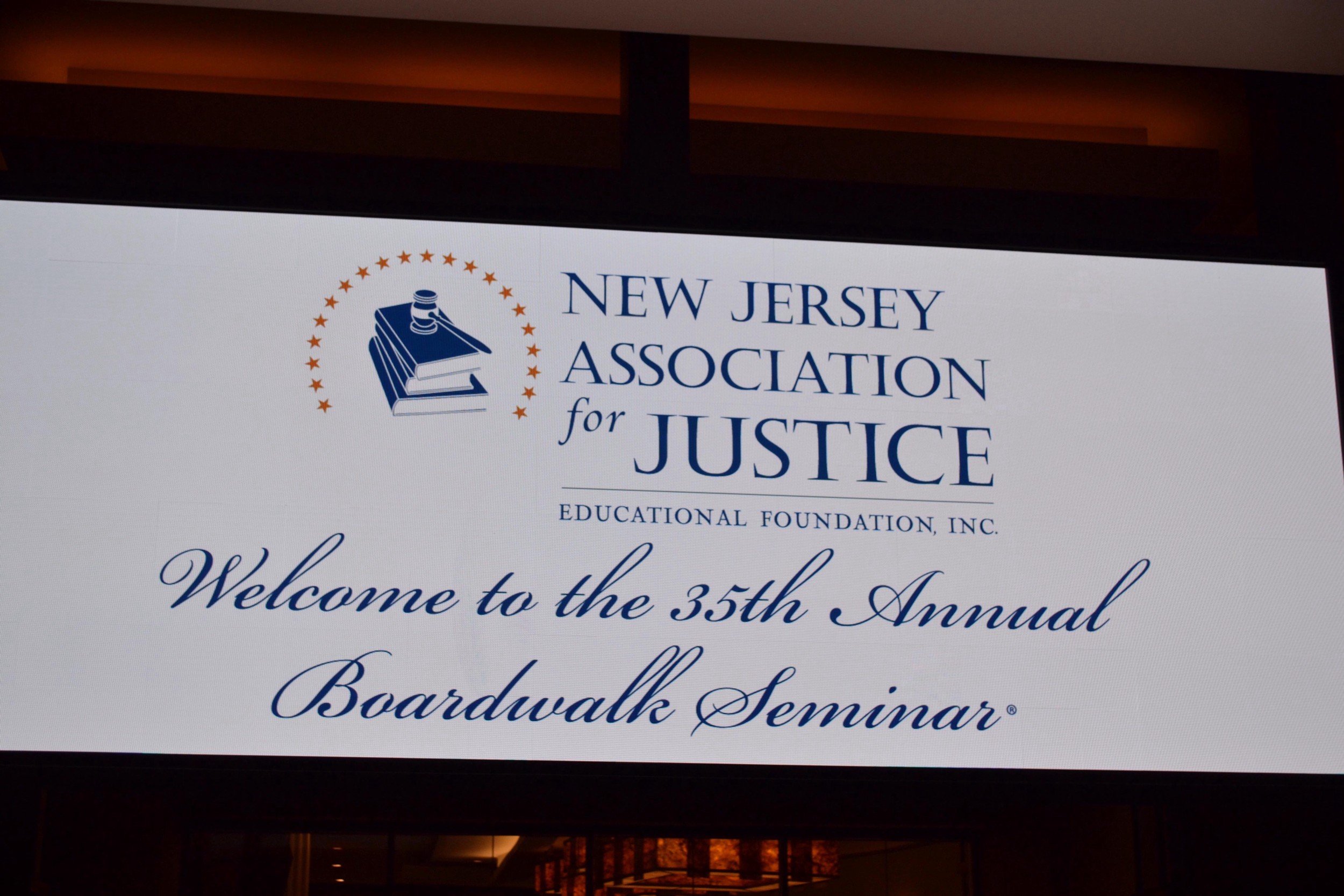 A large electronic sign greeted attendees as they entered the Boardwalk Seminar 2016 at Harrah's Resort in Atlantic City.

The NATLE Continuing Legal Education Program of the Year Award recognizes "an innovative program that a trial lawyers association hosted to provide its members with continuing legal education hours, but was particularly innovative or successful."